Architexture’s reinvention of artistic expression: An instrument panel becomes a canvas for the “Father of Modernism”

When Dutch painter Piet Mondrian began to use simple geometric forms to convey beauty, becoming a pioneer of 20th Century abstract art, little did he know that almost 100 years later he would inspire a texture design studio to emulate his work as a tribute to his revolutionary spirit.

The idea of reproducing Mondrian’s work on a vehicle’s instrument panel in monochromatics may seem far-fetched, but it’s just another day at the office for Standex Engraving Mold-Tech and its design consultancy Architexture. 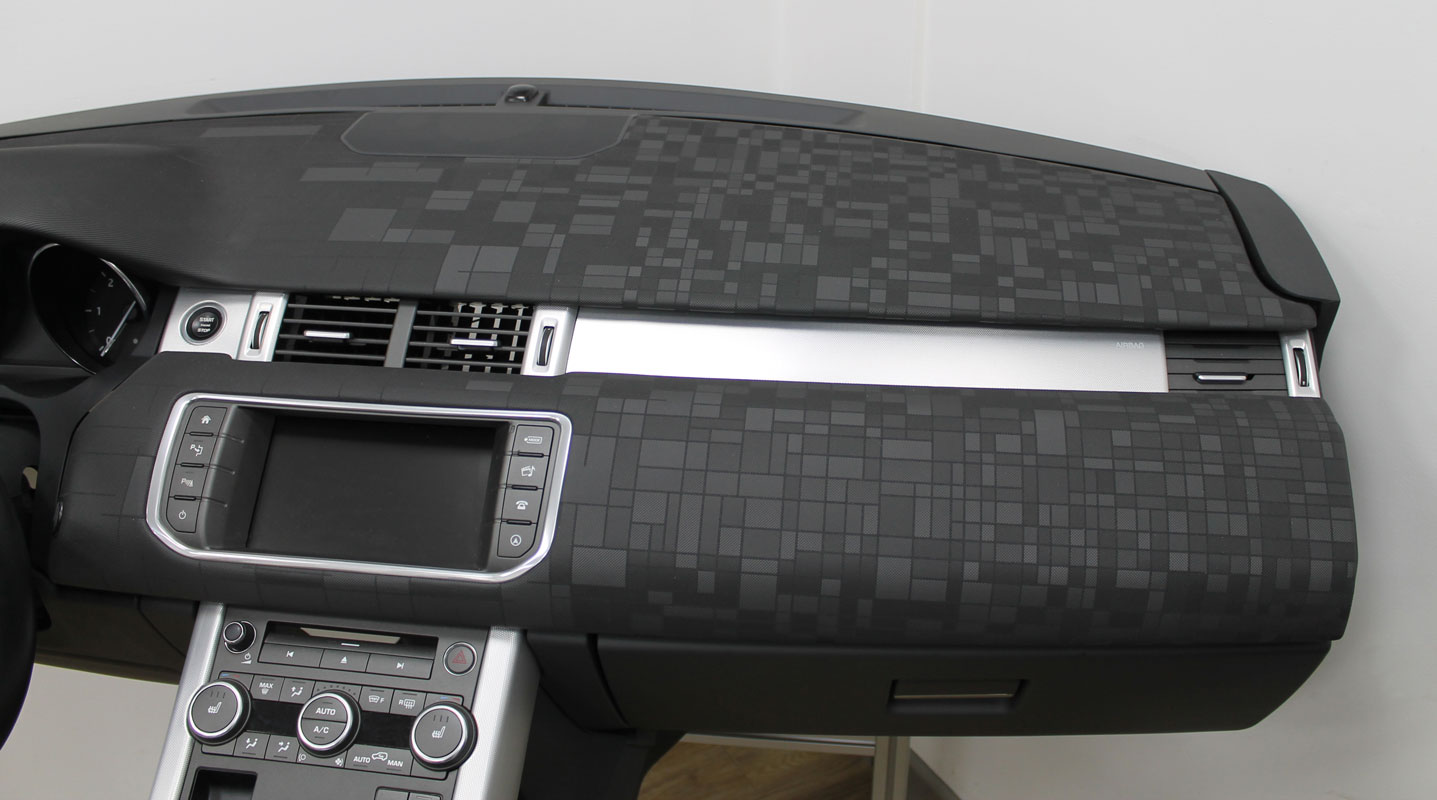 Architexture’s studios in Europe, Asia and North America are pioneering the way designers can express their creativity with surface textures using a proprietary, breakthrough process called Rapid Texture Prototyping (RTP). This ultra-high resolution 3D printing machine produces designs that are then cast in a silicon mold to make textured Model-Tech® skins that can be wrapped on instrument panel models and all manner of prototypes, without losing distortion or proportion. Like Mondrian, Architexture has changed the way beauty can be expressed, which is why his paintings proved to be the ideal artwork to showcase at the recent Automotive Interiors Trade Show in Stuttgart, Germany.

To demonstrate the profound potential of the exclusive RTP print system, the team from Architexture’s Manchester, UK studio challenged themselves to reproduce Mondrian’s piece entitled, “Ohne Titel” as well as the more detailed, “Broadway Boogie Woogie 1942-43.”

“Mondrian used the base primary colours plus black and white to make his art,” said Mike Miller, Head of Design for the Manchester studio. “As grain designers, we predominantly work in monochrome, so what we have to ‘play’ with is light refraction and reflection to make the perception of colour variation on a single colour surface.” 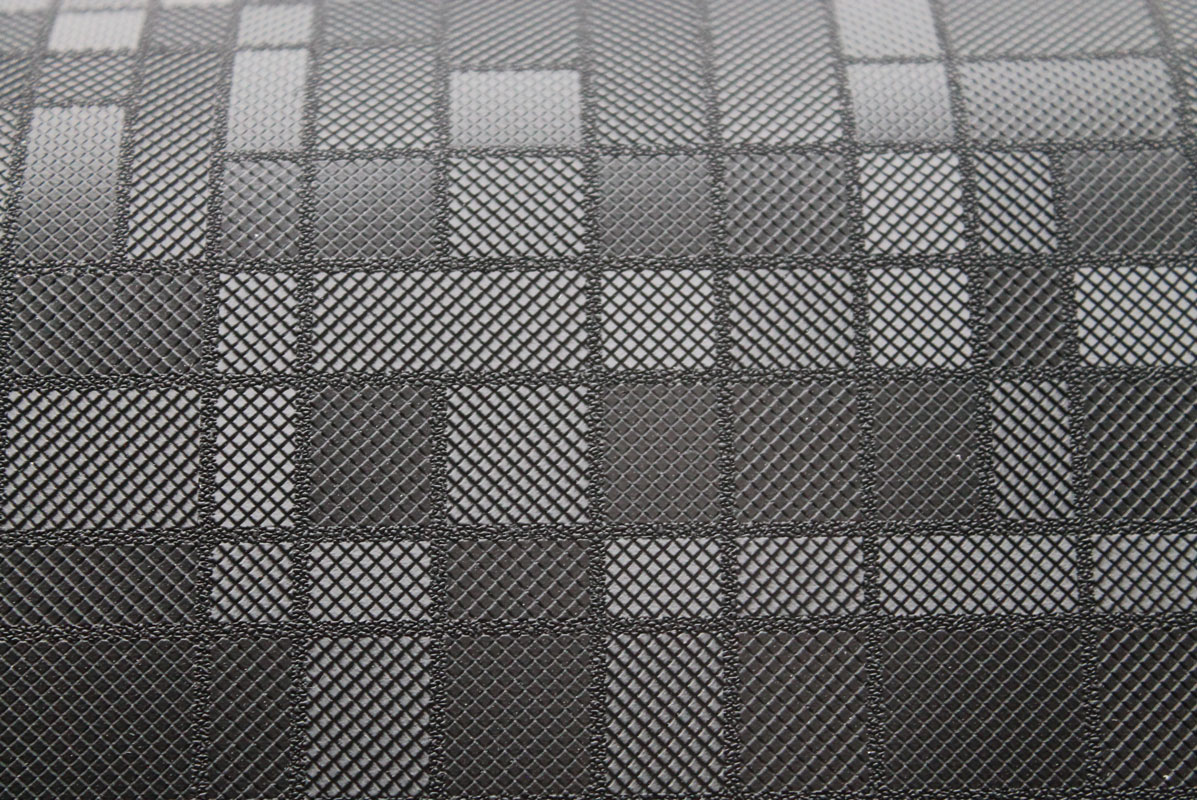 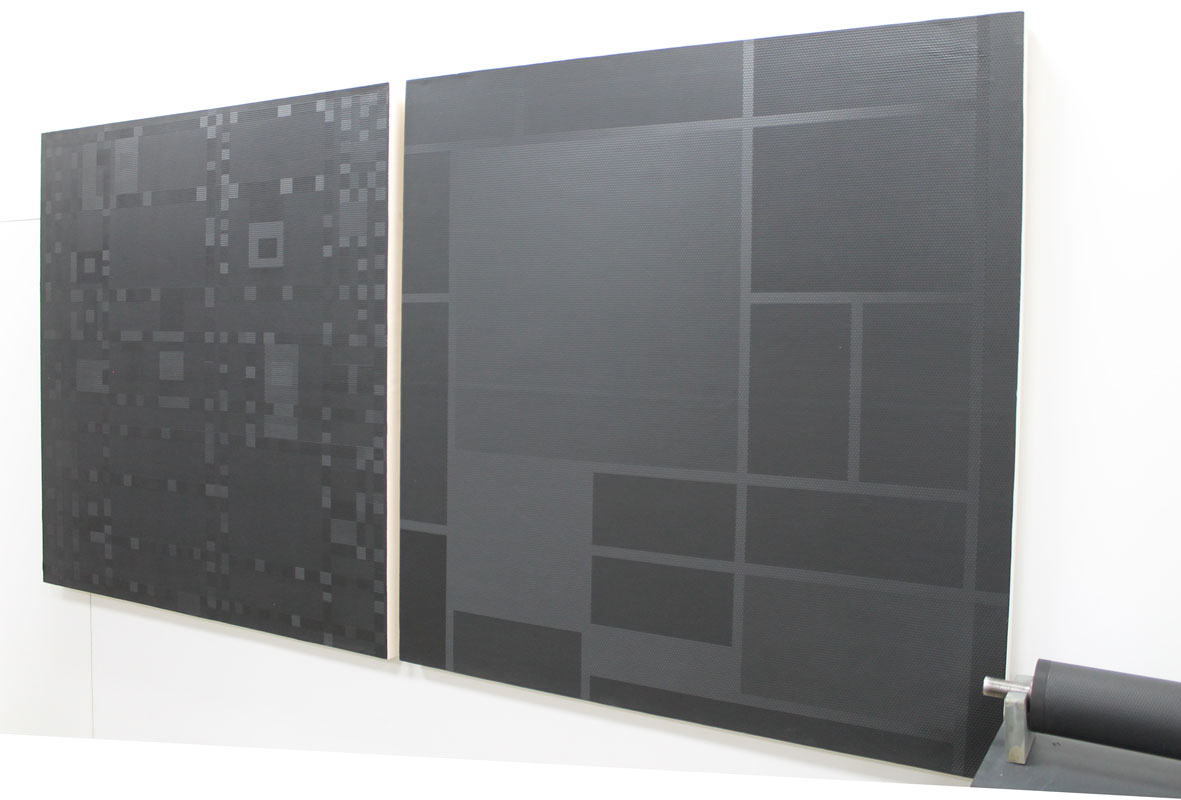 The possibilities of Architexture’s design, verify and produce process are practically infinite. For example, when viewed up close, Mondrian’s brush strokes of solid colour are layered to create a sense of depth and movement. In the same fashion, Architexture uses textures to reflect light along various pathways to achieve a similar illusion of dimension.

“The grain was mapped to the surface by creating templates from the instrument panel that were scanned into the computer,” explained Miller. Once the texture was printed and then the Model-Tech® skin was created and applied, the design graduated across the surface, constantly changing form. “The overall result demonstrates how Standex Engraving Mold-Tech can produce a fast, efficient and infinitely variable “Smart Skin” that could eventually be used in production,” said Miller.

The ability to express Mondrian’s concept of “universal beauty” is just one of the possibilities of Architecture’s design, verify and produce process. Find out more at www.mold-tech.com/architexture.